Pogo Pin technology is a revolutionary new form of electrical connection that has been gaining popularity in recent years. It uses spring-loaded pins to make a secure connection between two devices and is used for various applications, including consumer electronics, medical equipment, and industrial machinery. With its high reliability and durability, the Pogo Pin is becoming the go-to option for a reliable and easy-to-use electrical connection. Here is everything you should know about Pogo Pin technology.

What Are Pogo Pins?

Pogo pins, invented in the early 1970s by engineers at Bell Telephone Laboratories, are small, spring-loaded metal pins that make physical contact with each other. The name pogo comes from the sound they make when they connect or disconnect. They are typically made from spring or stainless steel with a diameter of 0.8 mm to 3 mm. The tips of pogo pins are usually either gold-plated or plated with another metal, such as nickel. Pogo pins can be purchased with either straight or right-angle tips.

A pogo pin header is an electrical connector that uses spring-loaded pins to contact corresponding pads or holes on a PCB. They are often used in test and development environments where it is desirable to quickly and easily connect and disconnect devices from a board. Pogo pin headers can also be found on finished products, such as cellular phones and MP3 players, to charge or transfer data.

How Many Types of Pogo Pins are There?

There are two main types of pogo pins: spring-loaded and friction-fit.

They have a spring inside that helps to keep the connection between the two PCBs secure.

They do not have a spring but instead rely on the friction between the pin and the PCB to keep the connection in place. 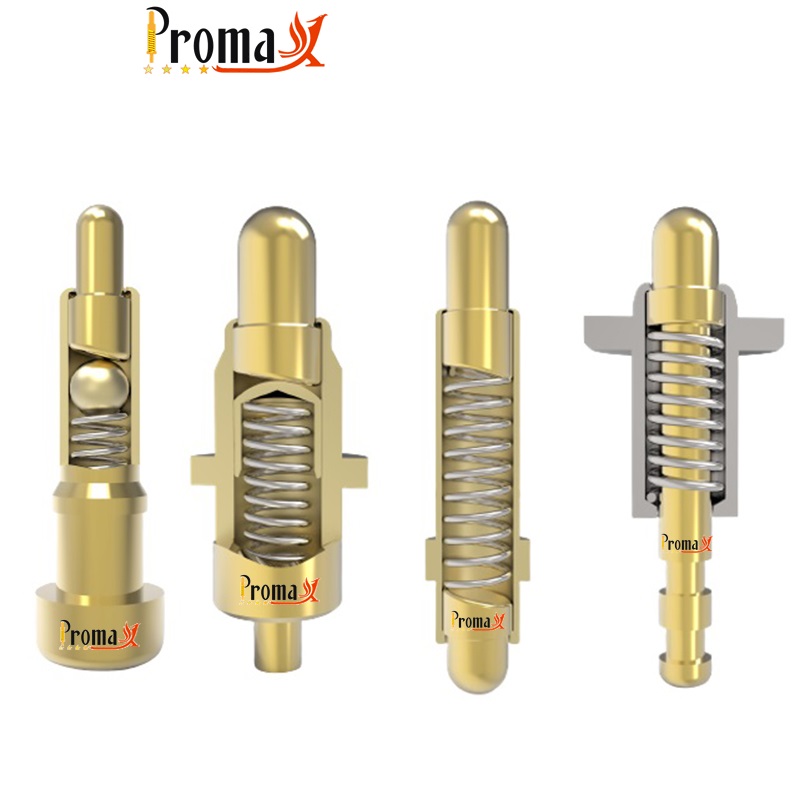 How Does Pogo Pin Work?

Pogo sticks, a toy that uses a mechanism to create a temporary connection between two metal rods, work by using two metal rods connected at one end by a spring. When the pogo stick is compressed, the two metal rods come into contact, creating an electrical connection. The same principle applies to pogo pins, which use a spring-loaded mechanism to make temporary electrical connections. Pogo pins are typically made from stainless steel or brass and can be either straight or curved. The ends of the pin are usually flat, so they can make good contact with another surface.

How To  Install Pogo Pins? 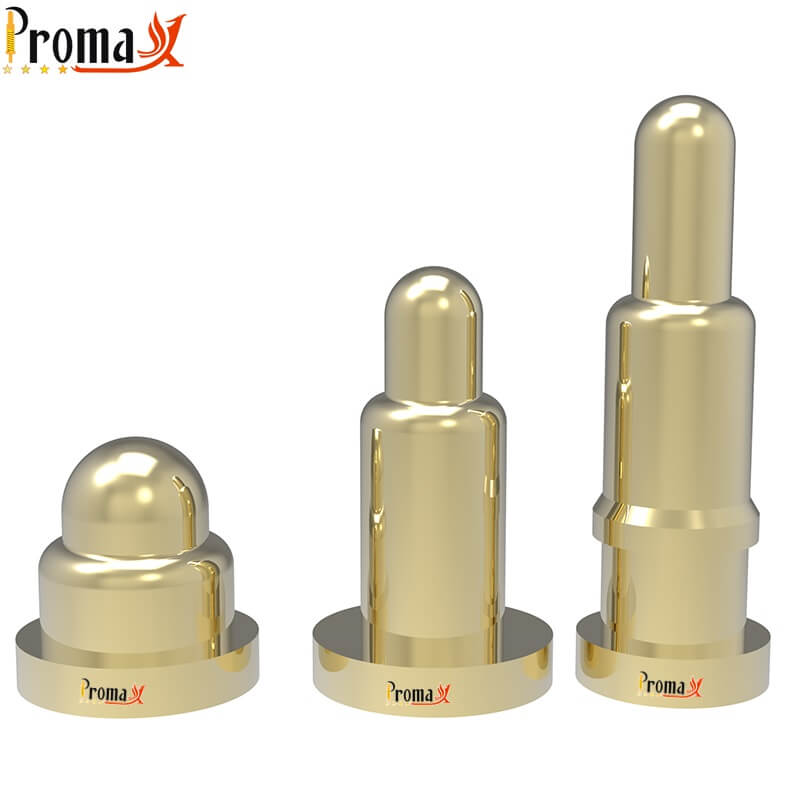 What Pogo Pin Headers Consist Of?

Pogo pin headers typically consist of two parts: the housing, which holds the pins in place, and the actuator (sometimes called the plunger), which presses the pins against the PCB. The housing is usually made from plastic or metal, while the actuator can be made from either material. The number of pins in a pogo pin header can vary from just two up to several dozen, although eight or ten pins is fairly typical.

How To Connect A Pogo Pin Header And A PCB?

The connection between a pogo pin header and a PCB is generally made by soldering the header onto the board; however, some pogo pin headers can be inserted into special sockets mounted on the PCB. This latter arrangement is particularly advantageous in test fixtures, where multiple boards are connected and disconnected frequently. 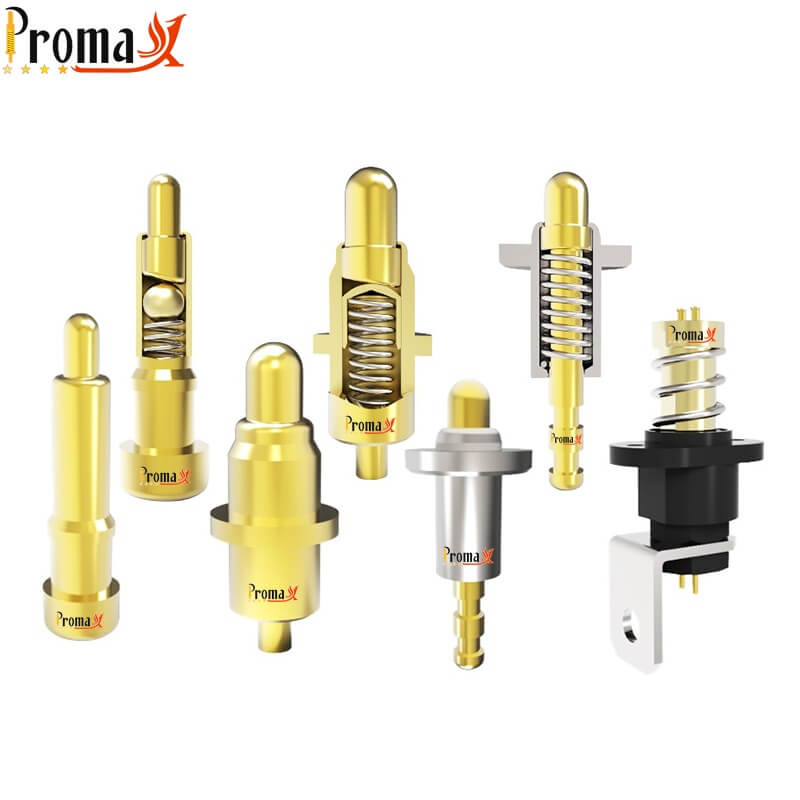 How Pogo Pins Are Used?

Pogo pins make contact through a pogo action in which the tip of the pin presses against the contact pad on the PCB. It provides a reliable connection even when there is vibration or movement between the two PCBs. Pogo pins can carry currents up to 1 ampere and voltages up to 48 volts.

How To Use Pogo Pins?

To use a pogo pin, you simply push it down onto the contact point on your device. The internal spring will then push the pin back up, ensuring it stays firmly in place. When you want to remove the connector, you just pull on it, and the spring will release the pin. 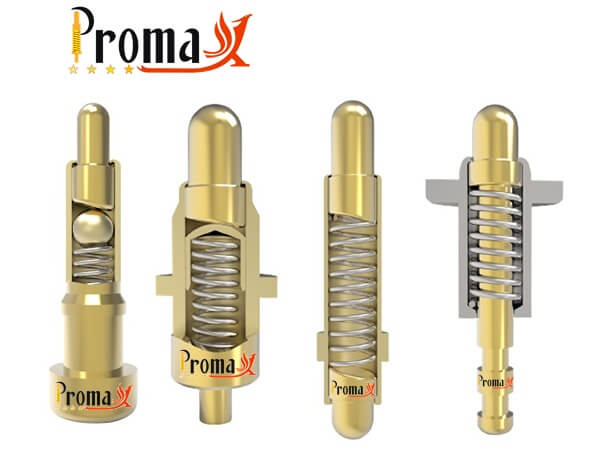 Revolutionizing Connectivity with Pogo Pins: The Future of Electronics

The future of electronics is here, and it’s revolutionizing connectivity with the help of Pogo Pin. Pogo Pin is a new type of connector that uses springs and magnets to provide a secure connection between devices. This revolutionary technology eliminates the need for bulky ports and cables, making it easier to transfer data between devices. What’s even better is Pogo Pins are highly durable, so your connection will stay strong no matter how much use it gets. With Pogo Pin, you can now easily and quickly connect your devices for data transfer in just a few seconds. This is a game-changer for many industries, from the automotive industry to the medical field, as it will make it easier and faster to transfer data. Pogo Pin is the future of electronics, and it’s exciting to see what other new and innovative technologies will come from this breakthrough.

Pogo Pins: Evolution In The Future

The Pogo pin technology has the potential to be used in many industries across the world in the near future. For instance, pogo pins could be used to connect medical devices to the body, allowing for quick and efficient data-sharing. In the automotive industry, they could be used to quickly and easily connect car parts, eliminating the need for complex wiring and soldering. The possibilities are endless. The technology is also becoming more undersized and efficient, enabling it to be used in various new and innovative ways. Pogo pins are sure to be the wave of the future, and the possibilities are truly exciting.

Some Pro Tips To Remember For Using Pogo Pins Effectively

Keep in mind these pro tips to get the most out of Pogo Pins Technology: 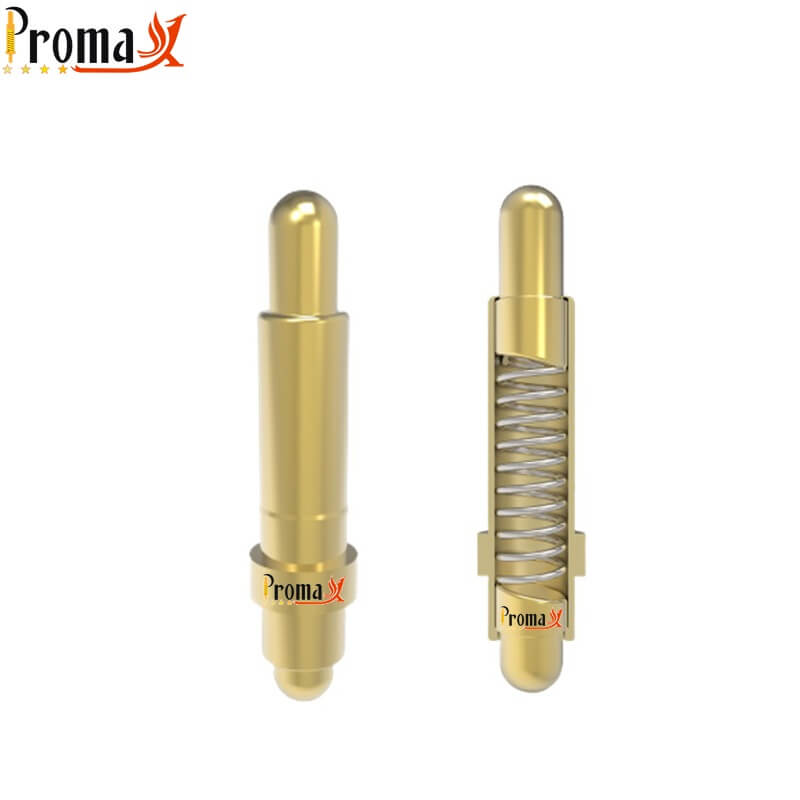 Pogo pins are simple yet versatile tools that can be used for several tasks. It is one of the coolest technologies around and only getting better. The wonders of Pogo Pin technology are truly remarkable. Pogo Pin connectors can be used for a number of different electronic devices, including mobile phones, tablets, and more. Pogo pins are unbelievably easy to use, efficient, long-lasting, and quite affordable. With so many benefits, it is no wonder that this innovative technology has been steadily gaining popularity over the years. 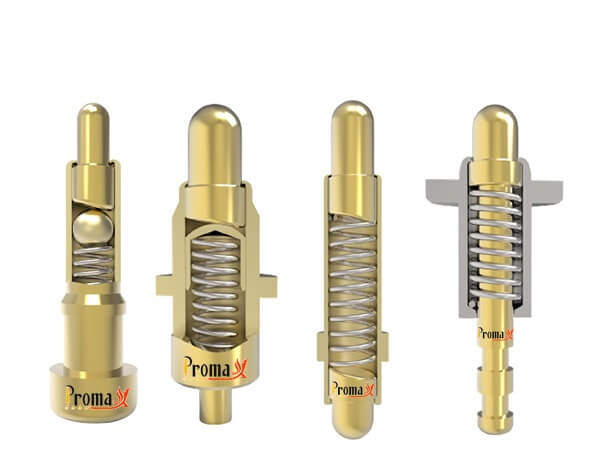 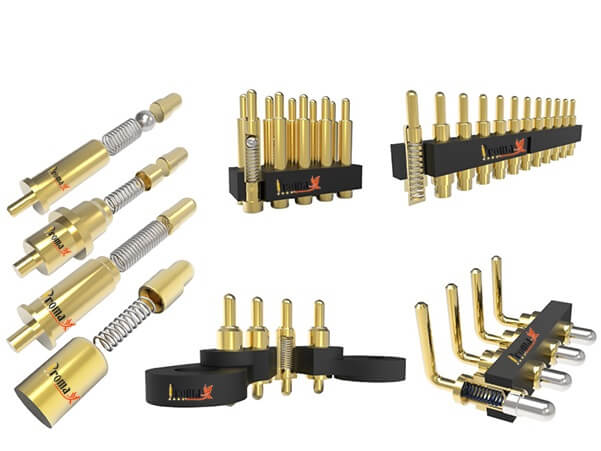 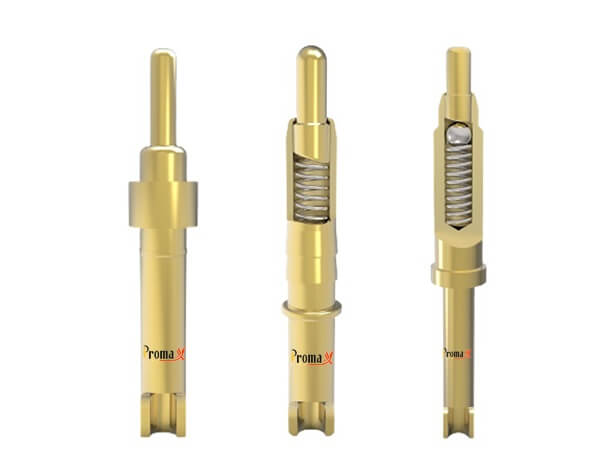 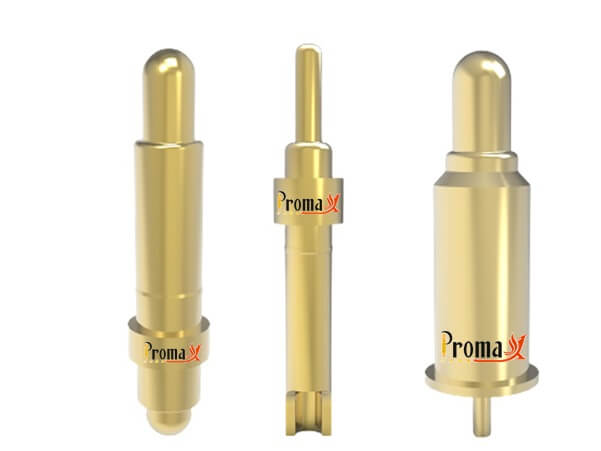 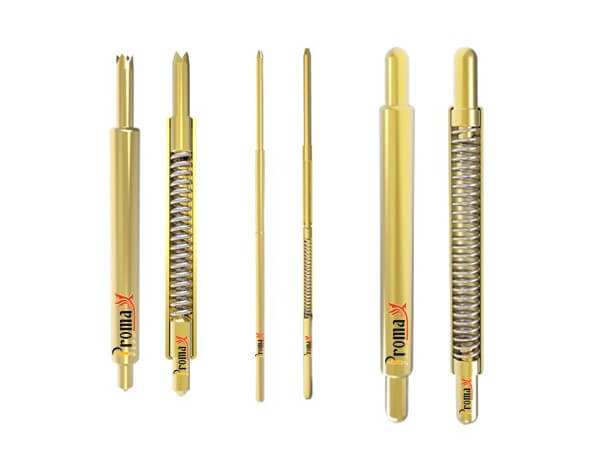 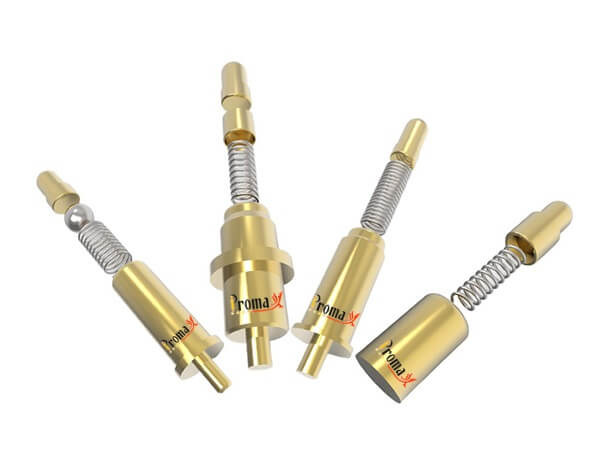 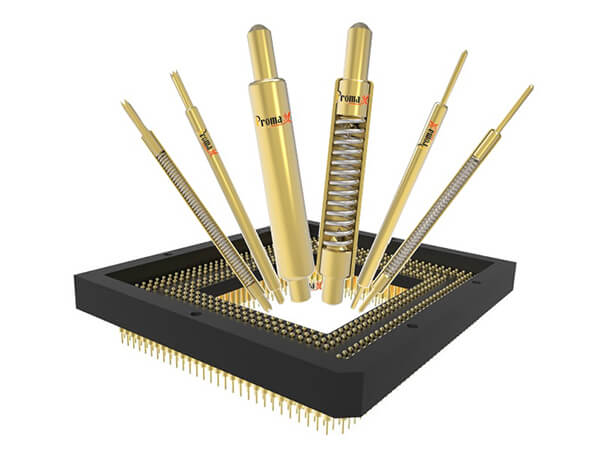 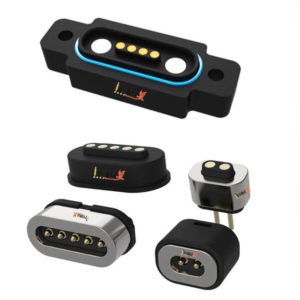 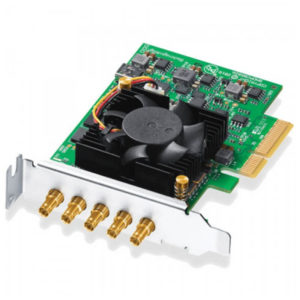 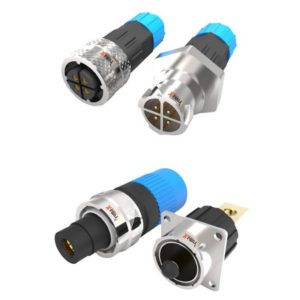